“These are people who were killed because they were Jewish, they are bodies of holy martyrs.”
—Rabbi Daniel Wasserman

Words do not come. A leaden ball occupies my lower half; a river of ice runs within. My hometown community suffered a loss that is larger than the holy souls whose lives were ripped from them as they worshipped. This wasn’t supposed to happen here, not here, in America. But this is not about me; rather, it is about my people, my town, my tribe, my family. It’s personal.

Despite the all-too-familiar terror attacks in Israel—Ari Fuld, Ziv Hajbi, and Kim Levengrond Yehezkel murdered within the past six weeks; despite the Charlie Hebdo and Hypercacher murders in France; despite the shooting attacks at Jewish Community Centers—Los Angeles and Overland Park, Kansas;  despite attacks on Jews individually and collectively worldwide, this was not supposed to happen here. Certainly not in my town, on the streets where I walked, in a shul (synagogue) where I have been, the spiritual home of many people who I know. It’s not about me but it’s personal.

The synagogue shooting on Saturday, October 27th occurred on the 18th of the “bitter” month of Cheshvan, or MarCheshvan on the Jewish calendar. The month is characterized as being bitter because it has no holidays. Now it has 11 more yahrzeits, death anniversaries. A madman targeted Jews, came into our place of worship, and murdered 11 people, wounded 6 more, including brave responders from the Pittsburgh Police.

My uncle, who was a hidden child in Holland during the Holocaust said, “It feels a bit [like] when I was 7 or 8 and people disappeared and you did not know whether [they were] picked up or in hiding or what.” You simply did not know.

We awaited the names of the deceased, and as they were released on Sunday morning, we sighed and cried whether we knew them or not. Our family members were on that list; everyone I know knows someone who knew someone…. It’s not about me but it’s personal.

The first of the funerals are today. It is Jewish custom to bury the dead as soon as possible, but it was not possible in this situation; the funerals will continue through the week. I know the pain of the waiting—it is tense and confusing to those of us accustomed to quick burial. We Jews do not have wakes, our dead do not lie in front of us. Not usually, but this situation is beyond unusual. People are planning to arrive from all over to mourn with the bereaved families. However, my synagogue emailed a funeral notice with a request that only close friends and family attend shiva (the seven-day period after burial where people visit the bereaved to offer condolences and support). We all want to mourn together but we must respect the privacy of the families.

At the graveside, the kaddish prayer will be recited by the mourners. “Glorified and sanctified be G-d’s great name throughout the world…” it starts.  The ending is a call for peace, “May He Who makes peace in His heavens make peace for us and for all Israel; and say, Amen.” Kaddish affirms the existence of a Creator and extolls Him. No mention of death or loss are contained in the ancient Aramaic words. It has always given me pause: in the moment of our deepest grief we raise our voices to G-d, to Whom else can we turn?

I’m having a hard time not reading the news, like I’ll hear something new, some detail that will help make sense of the shootings. We’re all talking about it: Pittsburgh, gun control, mental health; hate sites; online forums; Israel; safety; what to do. Glued to the radio, the streaming media, video clips, Facebook—I must consciously disconnect. My sense of safety and surety shivers in horror. What next? How? The questions keep coming. It’s not about me but it’s personal.

I pledge to make my corner of the world a place where light rules, and not the darkness. Do a mitzvah. Do many mitzvahs. I am Pittsburgh, but more so, I am a Jew. Let light reign.

They were murdered for the crime of being Jews. It’s not about me but it’s personal. I’m a Jew.

Happiness is My Choice, 13 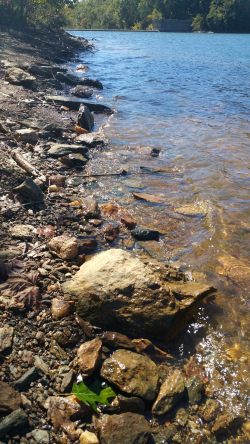 Writing this piece, on the eve of Passover, is the last thing most Jews would think is important. As Jewish holidays commence after sundown, the daylight hours before the Passover seder are easily the busiest for many Jews. The house has been searched top to bottom for chametz (i.e., leavened products). Ordinary year-round utensils are stored away and new ones designated for Passover use have been brought out. The whole house is topsy turvy. A yearly chaos, hated yet beloved.

Many preparations need to be performed during the day before the seder: calling friends and family to wish them a happy holiday, making sure the children have matching socks, last minute purchases because yet another guest is coming. And the cooking!

I used to spend the entire day before the seder cooking and preparing. I felt like an artist, carefully selecting my ingredients like colors, figuring quantities like determining to use a fine paintbrush or a trowel. My palate consisted of chicken and vegetables for the golden soup, and tan matzah balls to accompany it. Romaine lettuce provided the green. Red was the beef tongue I prepared, a delicacy saved for twice a year. Wine and grape juice provided rich burgundy and purple colors.

All of the busy-ness gave me so much pleasure. Then sunset would fall and I’d light my holiday candles, singing the ancient blessing. The men would come home from synagogue about an hour later, and we’d start the seder. The children would participate, the youngest saying the mah nishtanah. We’d all groan about the amount of food to eat at midnight and the late hour the seder would finish at. Somebody would retire to the sofa and fall asleep, inevitably. Strangely, I’d look forward to the washing up ritual, making sure the kitchen was in order for the next day’s festive noon meal, although ordinarily I dislike cleanup. I was very much “in the present” at those times in the past, not blindly participating in the ritual, but appreciating the ability to do what I was doing.

I’m not preparing a seder this year. I will be a guest. I will not have the same pleasures as previous years; I expect I will have new pleasures. I can enjoy another’s family customs and make new memories. I can be in the moment yet feel the echoes of years past lap against my mind like wavelets upon the shore.

I could choose to dwell on what I don’t have—but rather, I choose to enjoy what the present provides. If I live in the negative shoals I will only bring sorrow and misery to my life. I choose happiness, being present in the current day. I choose to open my eyes to the beauty that is every day and grab at the chances for being open to miracles. For isn’t each day a new miracle?

Redemption is near. Until then, I choose happiness.

Happiness is My Choice, Jewish Thought / Spiritual, The Daily Prompt

I listen to NPR programming throughout the day and am struck how there has been little mention, if any, of the fires consuming Israel for the past week. Certainly this maelstrom has not been mentioned at the top of the hour news briefs. News about Syria, however, has been reported in that brief time. On the Middle East section of your website, as of this writing on 29 November, the latest story is dated 24 November: “Tens Of Thousands Evacuate As Wildfires Rage In Haifa, Israel” presented on All Things Considered, elapsed time 2 minutes 59 seconds.

The “Fire Intifada” wrecked thousands of lives. A warped, desperate culture of violence spawned this destructive and terrifying activity. NPR apparently chooses to report on Israel only when it can point a critical finger at Israelis. NPR serves as the battlefield for this image war, but NPR chooses the rules. 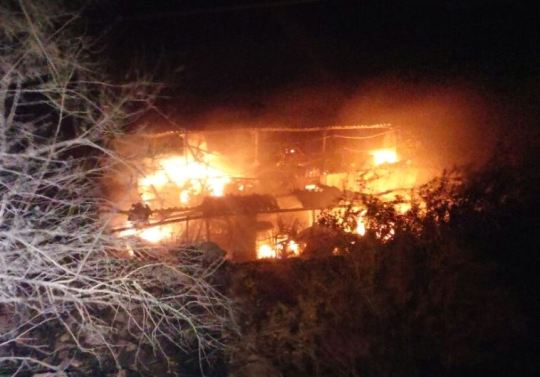 There have been many more fires since that time. Residents from the small town of Beit Meir, 9 miles from Jerusalem off the Jerusalem-Tel Aviv highway, were evacuated in the middle of the night. To be fair, apparently a flare fired by Israeli border guard troops set off the fire during while they chased suspicious individuals. But what were those people doing there? Fire engorged the sole entrance of the town.  Over 100 families, and dozens of boys residing at the yeshiva, fled in the pre-dawn hours.

Indeed, arson is the cause of some of Israel’s fires, the so-called “Arson Intifada.” At least 35 suspects have been arrested on suspicion of arson this past week, and there is video evidence of an arsonist setting fire in the northwestern Etzion region. To date, over 100,000 people have been displaced—innocent civilians—and thousands of homes damaged or destroyed.

Certainly this maelstrom was not mentioned in the top of the hour news briefs. News about Syria was reported in that short time, so it can’t be an issue of NPR not reporting international news. Furthermore, on 27 November, 4 minutes 40 seconds were dedicated to “Abused Animals Find Refuge In A New Sanctuary In Jordan” on All Things Considered. Sheesh!

Indeed today, Israeli troops at a West Bank checkpoint stopped 3 Palestinians who were trying to start a blaze near Ariel in Central Israel. I consider that to be relevant news.

NPR reported on 3 deaths caused by wildfires near Gatlinburg today. I do not mean to diminish the devastation experienced by those people in the least, nor minimize the suffering and loss of the residents, but that tragedy pales in scope compared to what is happening in Israel—except it is US news.

NPR’s Middle East reporting is so unbalanced. NPR seems to only publish news about alleged Israeli aggression against the Palestinians. With this recent rash of fires, NPR had the opportunity to congratulate the many countries that assisted Israel in fighting the fires—including Russia, Turkey, Greece, France, Spain, and the US. That was a true gap in coverage.

NPR get your act together. Report news about Israel fairly, because in the end, you shape public opinion.

Changing of the times at the Late Show with Stephen Colbert

Snow Removal as it Happens

Butterflies not free to soar 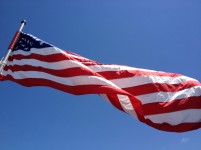 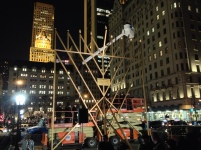 Efforts taken to change the sign at the Ed Sullivan Theater

My cup is neither half-empty nor half-full.

Anticipation of what the next few days hold. 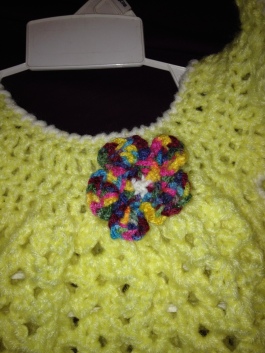 Coffee and the Cloud

She’s got her priorities right! 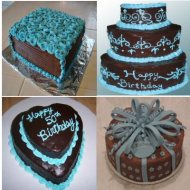 Waiting for the Race to Start. © Just Having Fun 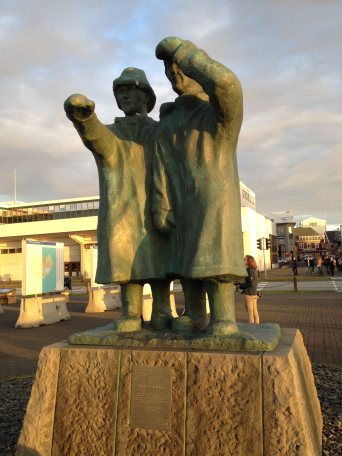 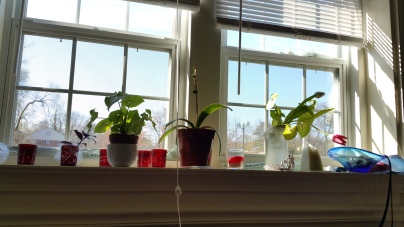 Looking up and outside all I see is possibilities. 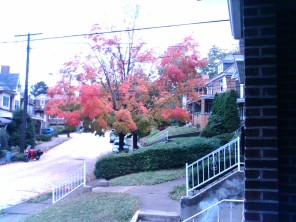 Anticipated view of days to come. ©Batya7, Just Having Fun 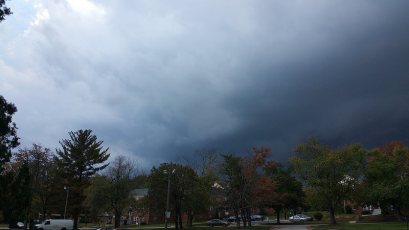 The future as I see it, stormy weather ahead. © Batya7, Just Having Fun

Fire escapes in airshaft, front of building – let’s hope we never need to use them.

Moon over the Kotel. If I forget thee, O Jerusalem 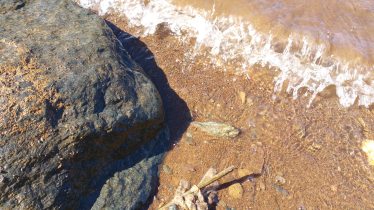 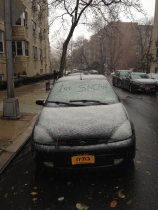 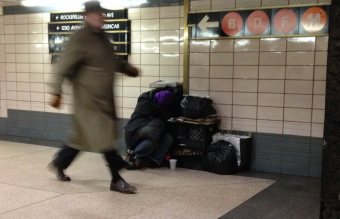 He lives here. People walk by with only a glance at most.

Signs of the Season 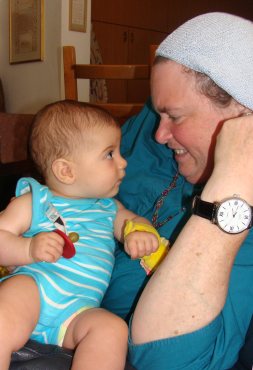 Babies are a Gift 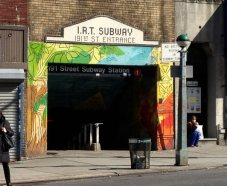 The 1 Train Station at 191st Street and Broadway 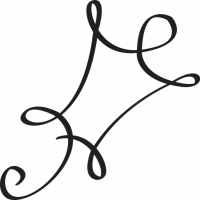 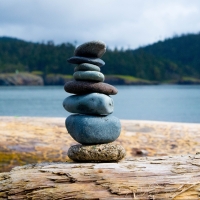 living a creative and adventurous life

The Interior of My Brain: A Knitting and Fiber Arts Blog

Unlocking the secrets of the universe, one knitting project at a time

suziland too or obsolete childhood

Inspiration from Zion: This is a Love Story

Archaeological Research of the Temple Mount, saving artifacts from archaeological destruction, and tourist attraction in jerusalem

Don't Stand Still, if you do you will never see anything new!

(Somewhat) Daily News from the World of Literary Nonfiction

Joan M-M doing what most knitters dream of ; knitting for a living.

Juggling too many hobbies

Silver in the Barn

Restoring a 1915 farmhouse plus one or two other passions.

Just a small town girl who writes about Christian stuff.